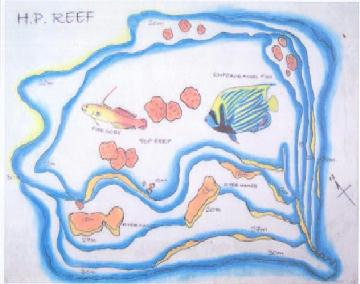 PROTECTED MARINE AREA It is a dive with a spectacular reef formation. The entire length of the reef on the south west side is filled withoutcrops of reef, caves and crevices.At the north west side is a large outcrop of rock divided from the reef by a narrow sand channel.The outside of this rock drops steeply from 15m to a large cave at 24m.The ceiling of the cave is adorned with blue coral. Large schools of big-eye trevally and blue fin jack, tuna make this reef a playground for pelagic. 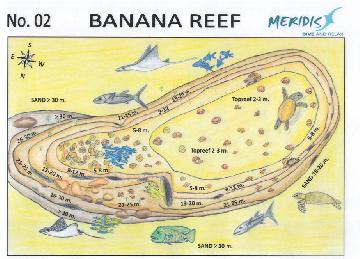 PROTECTED MARINE AREA – Depth 3m – 30m Banana Reef, named after its shape when viewed from the air, was one of the first dive sites to be discovered in the Maldives. The best side is at north east end where there are big spectacular rocks,caves, deep gutters and precipitous overhangs.The scenary is amazing and around these big rocks, predatory fish like barracuda, trevally and black snapper converge. On the eastern fringe of the reef in 15m is a school of up to 1000 schooling bannerfish. 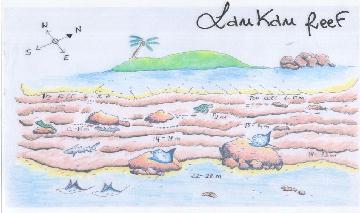 Outside Reef of Lankanfinolhu – Depth 5m – 30m It has a world-wide reputation as being one of the most consistent sites for attracting large numbers of manta ray. In twelve meters of water on the south east corner of Lankanfinolhu reef are several large coral rocks which mark the point where mantas converge during the south-west monsoon season. On the sandy section at 20 meters are a number of white tip reef sharks. 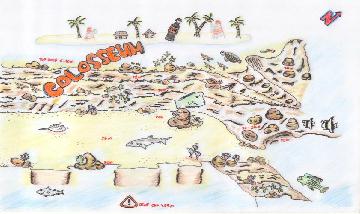 South side of Thulusdhoo Kandu – Depth 3m -30m It is a long reef , that gives the divers the opportunity to drift dive. On the outside corner is the “colosseum”, a semi circular cliff 40 meters long and two meters high at a depth of 24 meters. Barracuda, big-eye trevally, blue-fin jack, dog toothed tuna are persistent performers here and eagle rays frequently drop by. 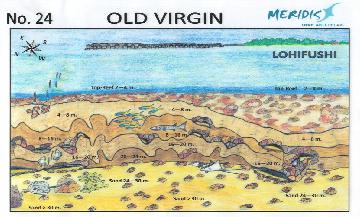 This is an easy beginners dive with a maximum depth of 20 meters to the sandy bottom. Old Virgin lies on inside reef, slightly north of Lhohifushi. It is an arch in the reef around 10 meters through which the diver can easily swim. The reef edge has many crevices and small inlets in the shallower depths where reef fish find protection and delicate hard coral grows.